Whether your school is already out for the summer and you’re in relaxation mode or you’re heading into the final few days, I have a feeling you’re ready for some comic relief.

I love to read the funny things that kids say and do. Here are some of my favorites from this page of hilarious kid stories I’ve compiled over the years along with some pictures of funny things teachers have encountered when grading student work: 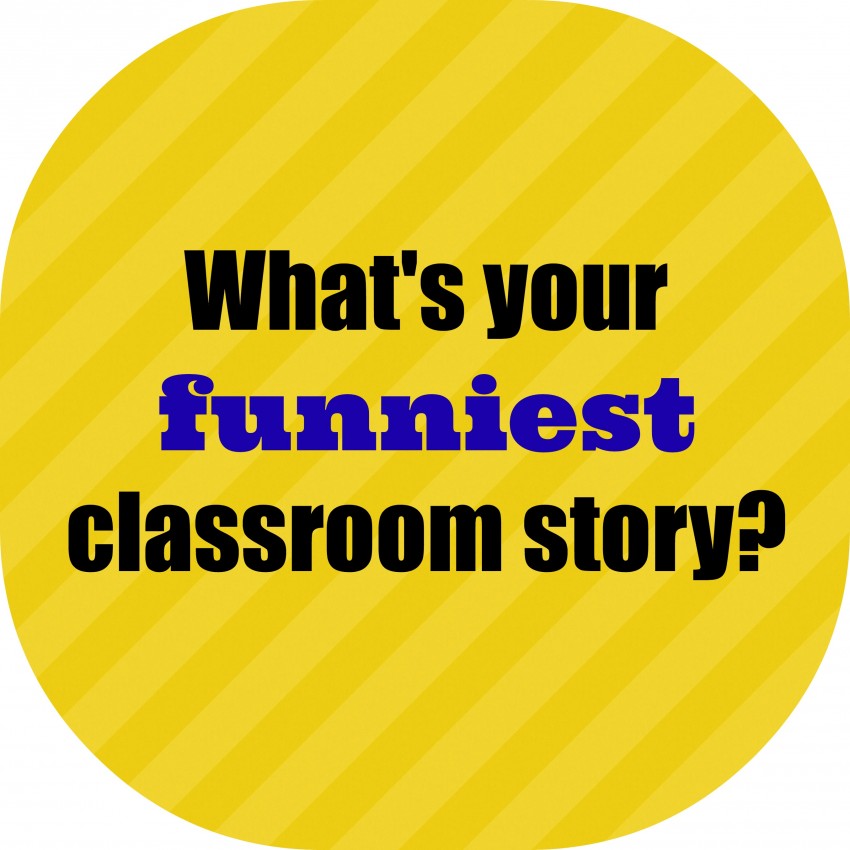 At the school where I taught previously, students would line up on the blacktop before the morning bell. I would pick them up and we would walk together to the classroom. There was, of course, a no-talking rule in the hallway and I would often tell them, “If it doesn’t involve fire, blood, or throwing up, save it until we get to the classroom.” Well, one morning “M” kept saying, “Mrs. T, Mrs. T, I have to tell you something. I asked, “Does it involve, blood, fire, or throwing up?” “No”, he replied. But he kept saying, “Mrs. T, Mrs. T”. Finally, exasperated, I turn to him and ask gruffly, “WHAT?” He says, “I saw a pirate movie.” There’s a moment of silence as I stand and stare at him. And, with perfect comedic timing, he says, “It was rated RRRRR!” 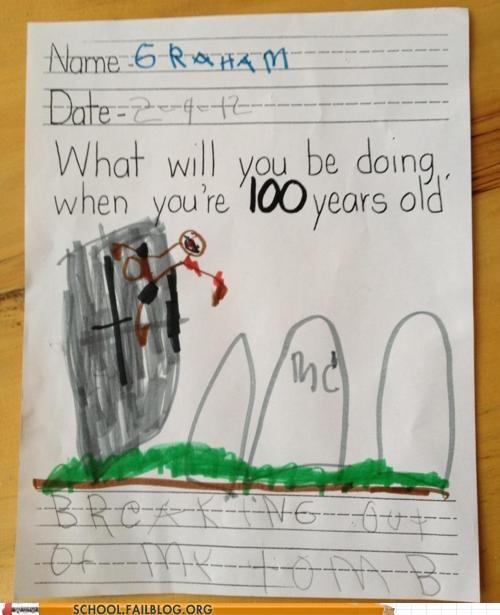 This is my favorite kindergarten moment ever. A child was upset because her cat had died. I told her how sorry I was, and went on to tell her that I used to have a cat, and was sad when I had to find a home for her because my husband was allergic to cats. She looked at me in shock and questioned, “You’re married?’ When I replied that I was indeed married, she continued…”I know what you did on your wedding day.” I was afraid to ask, but went ahead. She replied, “You ate cake!” 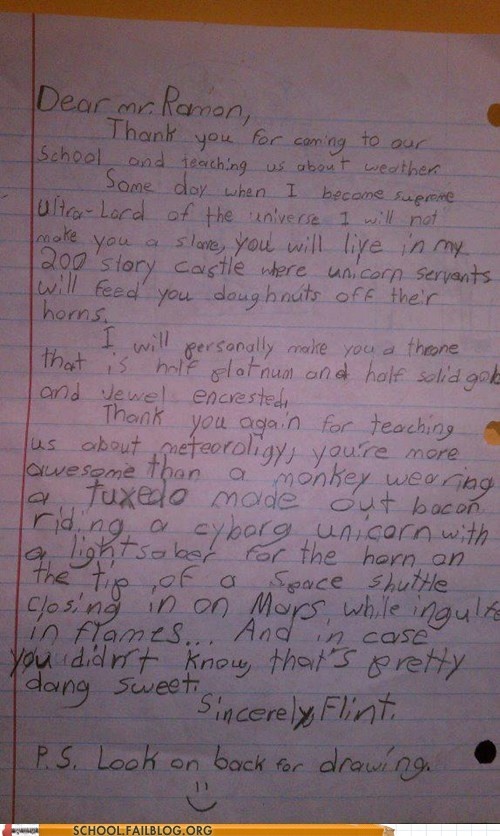 One day it was getting close to recess and I had a few kids off task. I reminded them that before we could go outside there were certain things that needed to be done and, just for emphasis, I held up my plan book and pointed to the day’s agenda. One little boy’s eyes widened in surprise and he blurted out, “Omigod! You mean you write this stuff down?!” 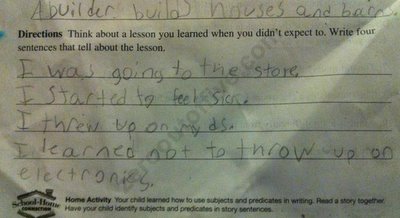 One moment happened several years ago when I taught grade one. Each primary class had received one of those colorful carpets with the seven continents on it. Well, day 2 of having this carpet, Andre got very sick, and threw up. When his dad came to take him home, Andre proudly says, “Daddy, I threw up all over North America AND South America!” 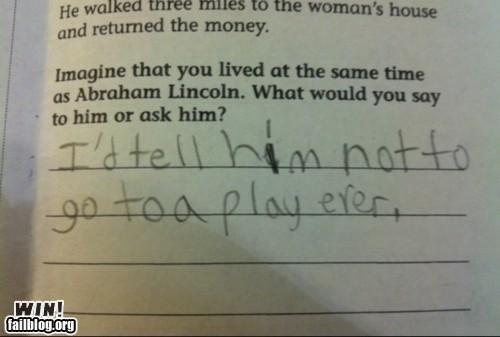 I teach kindergarten and when I was urging a student to get down to work, he looked up and me and said, “You do know that I didn’t sign up for this. My dad did it.” 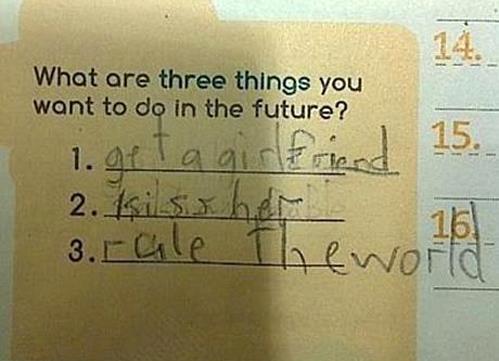