So last month I ranted a little bit about product placement on the new standardized tests in New York (as in, the brand names of cartoons and sneakers and soda being embedded in reading passages.)  Now that “testing season” is officially over in most schools, I’m really eager to hear from more educators who have seen CCSS-aligned assessments in their districts, and find out what’s really happening. I was going to title this post Are the new Common Core-aligned assessments unreasonable? But everything I’ve read and seen points to one unequivocal answer–yes–so let’s just start from there. 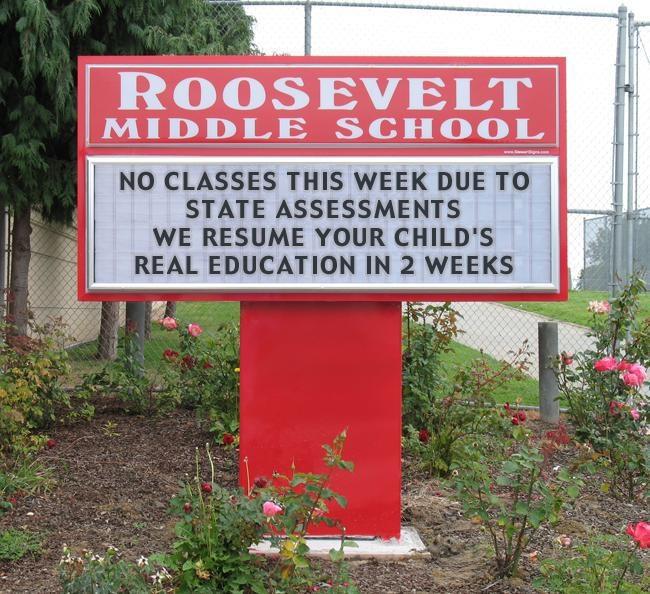 Personally, I am disheartened by states talking about CCSS withdrawal when most schools still haven’t even figured out how they’re going to implement the standards yet. I like the idea of having a common set of standards taught in all states, and I like the Common Core State Standards themselves for the most part. They’re rigorous, but not impossible, and take a huge step toward eliminating the “mile wide, inch deep” curriculum problems I’ve bemoaned since my days as a student teacher. If we throw out the Common Core, THEN what? Start from scratch, spend billions more, and come up with something that’s pretty similar, anyway? I think we need a few years with these standards to see how they work. It’s way too soon to be giving up.

So my frustration is not with the standards themselves. It’s the assessments I’ve been seeing so far that really trouble me. (I especially dislike the eventual requirement that the assessments be completed online. Most schools are not even close to having the technology infrastructure to support this, and I’m not convinced it’s necessary or even desirable to do all standardized testing on the computer.) I don’t think the general public has any idea how much is being asked of our students, and so many of the expectations are clearly developmentally inappropriate. 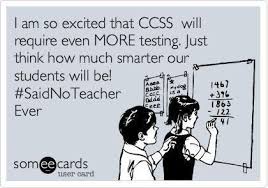 Consider this email I recieved from Learning Girl of The Ways They Learn blog. She’s a fantastic resource room teacher here in New York and not afraid to speak the truth about what happened when students in her school took the new CCSS-aligned state tests. She’s given me permission to share her concerns here:

I proctored 5th grade, which seems to have been the most disastrous as far as I can tell, but I heard they were all pretty rough. I’m not sure which part of the CCSS justifies that test; I was always at the top of my high-performing class and even I don’t think I would have been up to some of that language in 5th grade.

I just don’t understand how the higher standards translate into impossible tests. I do think the standards are ambitious, but they don’t actually say “What used to be considered 11th grade vocabulary is now to be taught at 5th.” I’m all for teaching/encouraging kids to think more deeply about what they read, process meatier content, or whatever it was supposed to be, but in my mind that never meant having 10-year-olds interpret Shakespearean-sounding prose or divine which of four similar-sounding statements the test makers deemed the “best” answer to a vague question.

In addition (or maybe not, maybe just more of the same complaint) I don’t see how preparing kids to be college-ready at 18 becomes synonymous with having them do college-level work at 10. What is wrong with having them progress through developmentally appropriate sequential stages until college-level skills emerge? What support is there for the idea that these skills should look the same at all ages, just at different levels? I don’t expect my 6-month-old to walk like an adult, just slower or shorter. I know that she can crawl at 6 months and toddle at 12 months (approx.) and when her body matures, the skills will come with it. I view academics much the same way, though with more complexity. 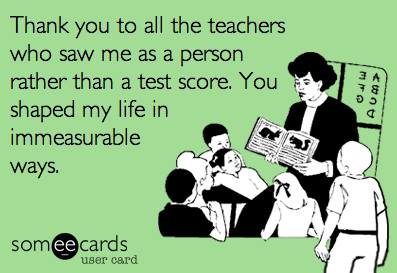 I’d love to hear what you’re experiencing with “Common Core-aligned” assessments in your district. Are they harder than what your students are used to seeing? Are they well-matched with the curriculum? What would you change about the way your students are tested?