Home Truth For Teachers Podcast Should teachers reward students for doing what they’re “supposed” to do?

Should teachers reward students for doing what they’re “supposed” to do?

Should teachers reward students for doing what they’re “supposed” to do?

I wanted to do a Truth For Teachers episode about how to reward students responsibly: how to reward them in a way that considers the long term results and the type of character and work ethic we’re building in kids, not just how to get compliance here in the moment. And I realized that before I could even do something like that, I needed to first address the question of whether teachers should be rewarding kids at all.

Why? Because “reward” has become a bad word in many education circles.

I once had a district science administrator conduct a walk-through in my classroom during my lunch period–surprise!!–to look for evidence of science inquiry teaching (Don’t ask.). The kids happened to be eating in the classroom with me and watching a (district-approved) movie. She was surprised they weren’t in the cafeteria.

I exclaimed loudly, “These students completed every one of their homework assignments for the ENTIRE week, so they get to spend their Friday lunch block eating with me in the room!”

The administrator, with a broad fake grin and an over-enthusiastic tone that dripped with sarcasm, replied slowly, “Woooowww! You guys are soooo lucky! You get rewarded for doing what you’re already SUPPOSED to do!”

The first thought that popped into my head was, Excuse me, Mrs. Science Bureaucrat, I literally wrote the book on classroom management.  Are you questioning how I reward my students? I motivated 21 out of 24 students in a Title I school to complete all their homework for an entire week–accurately, I might add–and they’re PROUD. I gave up my lunch break to reinforce their efforts and show them that I value the time and effort they spent practicing their skills at home. How dare you undermine what’s working for students you’ve seen for less than fifteen seconds? 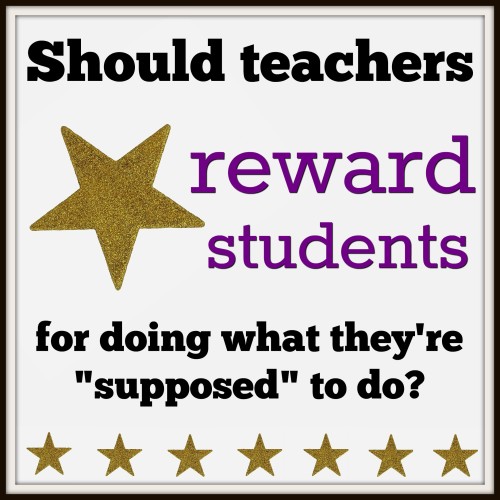 That day I realized just how pervasive the backlash against rewards has become in some educational circles, and unfortunately, the trend is still gaining momentum. Rewarding students has become passe. Students are supposed to give 100% effort every day, all day, because they have developed intrinsic motivation and understand the inherent value of their work…which is not a difficult task since teachers always give them relevant, inherently rewarding tasks that they’re passionate about completing, right?

Sure, we want students to be actively engaged in authentic, real-world tasks that prepare them to be global citizens in the 21st century. But we all know that many students are relegated to taking multiple choice assessments and practicing for standardized tests for a good chunk of their school day, and teachers are mandated by their districts to keep it that way.

What is the incentive for a student to pay full attention and give 100% on the same mundane tasks every day?

We can talk education reform until we turn blue, but let’s recognize that students must have an incentive to work hard in their current learning environment.

Apathy is a bigger problem in today’s classrooms than ever before, and we can’t sidestep the need for incentives and rewards by pretending that students are consistently engaged in authentic learning tasks when the era of accountability demands otherwise.

Much of the anti-rewards fervor stems from the pretense that any teacher can create a highly engaging learning environment in which all students are intrinsically motivated 100% of the time. It’s simply not true. 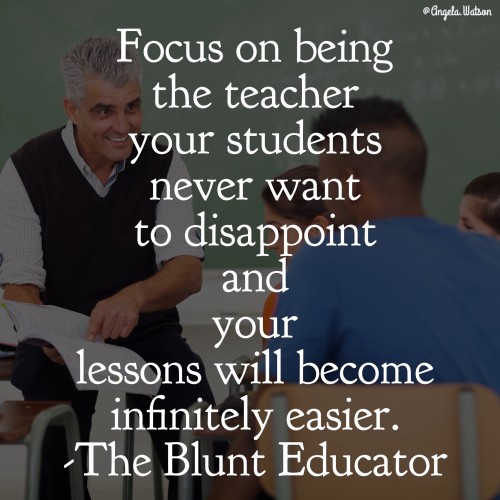 The other root cause of why reward systems have fallen out of favor is the overuse and misuse of incentives as common educational practice for many years. This is rightly so–it’s disturbing to encounter a classroom of students who constantly ask “What do we GET if we do this?” and only act like civilized human beings in exchange for a trip to the prize box. I think we can all agree that bribing students with candy and stickers isn’t a sound long-term strategy for motivating learners.

Teachers, of all people, know what it feels like to have hard work go unrecognized and uncompensated. Why would we want our students to experience that day after day?

But that approach is quite different from recognizing hard work and outstanding actions with a well-timed, related reward. Somehow in our shift away from the use of prizes and treats, we’ve thrown the baby out with the bathwater. Heaven help the person who utters the word reward without prefacing it EVERY TIME by saying “Of course, the ultimate goal is to produce intrinsic motivation, so rewards should be non-tangible, used sparingly, and eventually removed altogether.”

There’s also a vocal minority who will argue that rewards don’t prepare students for the real world: “You don’t get a reward from your boss for showing up to work on time each day and doing what you’re supposed to do,” they insist.

But we do. It’s called a paycheck.

Come on, teaching is a tremendously hard job, not many of us would keep putting in these long hours if we weren’t getting paid. We as adults have financial rewards for putting in long hours of sustained effort on difficult tasks, and even then, it’s not enough sometimes. Some of us lose our motivation because that financial reward is too small, or because we feel unappreciated for our efforts and worked to the bone without so much as a thank you. 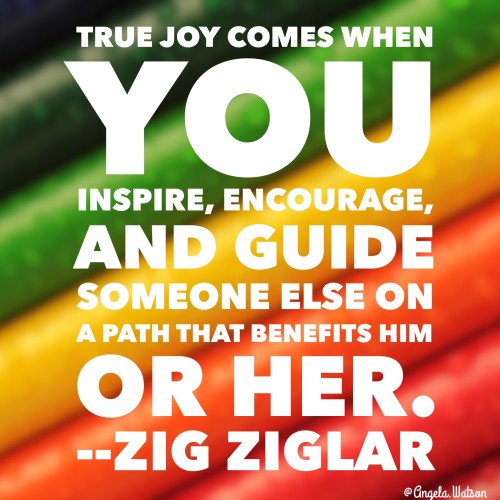 The little rewards we’re given are what keeps us going sometimes–the occasional catered staff lunch, or the announcement that teachers can go home early on a Friday afternoon.

These gestures of appreciation are most effective when some are unexpected surprises and others are planned so that we have something to look forward to. A thank-you note from a parent or administrator or a half-dead bouquet of dandelions from an enthusiastic student can make us happier to complete the hard parts of our job.

Simple rewards are how we know that someone’s paying attention and that our efforts matter. Why wouldn’t our students feel the same way? Is a compliment and an extra five minutes of recess the worst thing in the world?

I’m advocating for the return of the reward, and in next week’s episode, I’m going to share how do it in a way that’s responsible and effective.

Always be generous w/ encouraging words.They may inspire others to be their best.-C. Pulsifer Click To Tweet

P.S. If you want to find out what happened with that science administrator who thought it was ridiculous for me to let my kids each lunch in the room with me as a reward? Check the comment section. 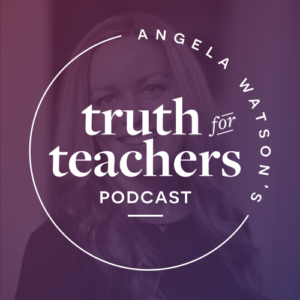