Math word walls and math vocabulary activities are becoming increasingly popular as research reveals that students are not doing well on standardized tests because they don’t know key terms. It’s important for kids to understand the language of math in order to understand directions and words problems, and to help them develop critical thinking skills. This page shares some fun and meaningful ways you can help students understand and utilize math vocabulary. 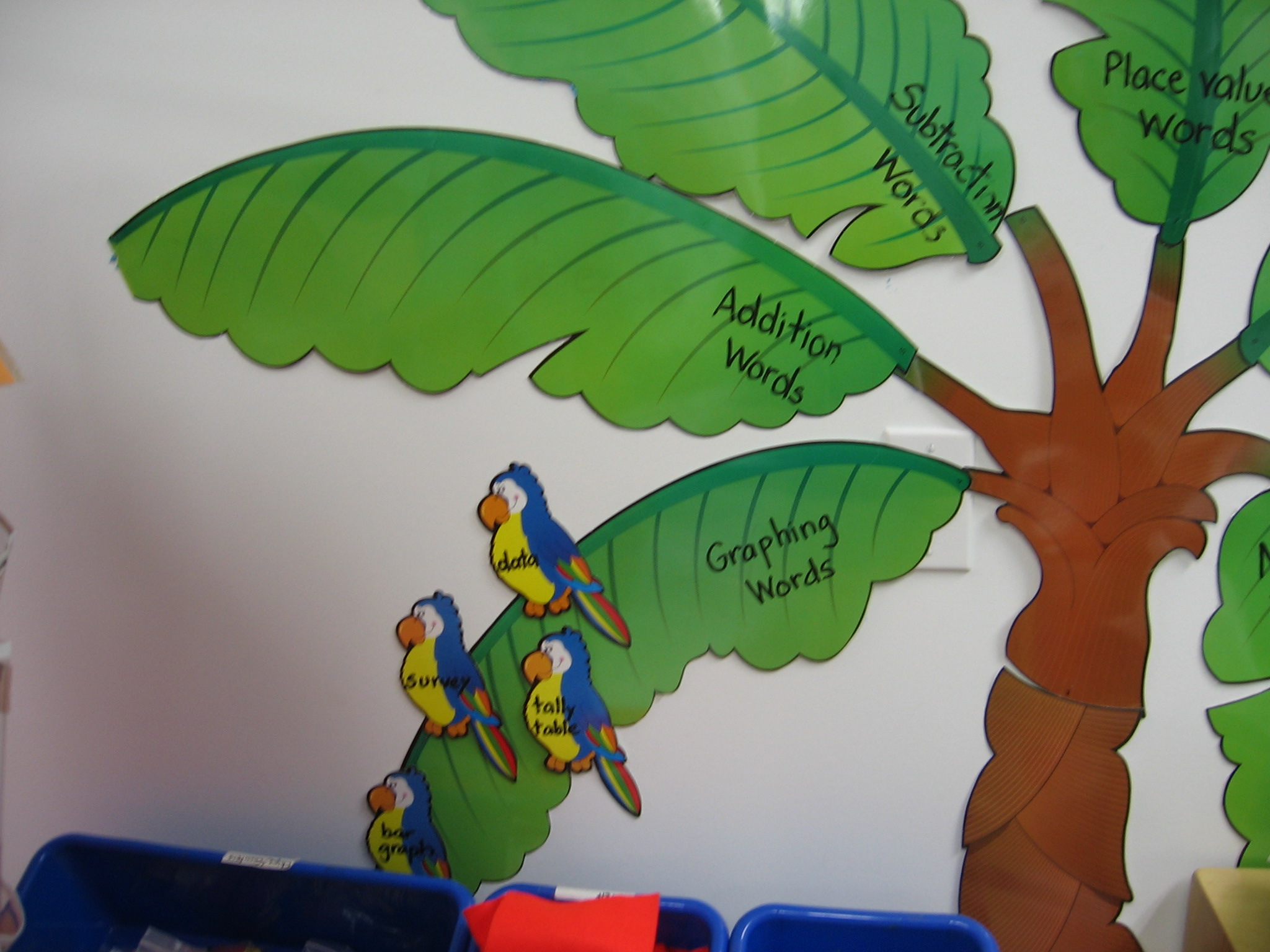 I used this commercially-made palm tree to display math vocab.  After laminating, I wrote the name of a math unit on each palm branch in dry erase marker. Then, as we learned important terms, either a student or myself would write the vocabulary word on a parrot, which we stuck to the tree with sticky tack.  Every few months, I would erase some of the older math words to make room for new units.

We also played games with the word wall. As a class activity and then as an independent math center activity, I would move a few words to different branches. Students then reflected in writing on which words did not belong on which branch and why. They were also allowed to argue why a moved word DID belong on the new branch. After some practice with this, students worked together in pairs in the center. One child would move the parrots while the other child’s back was turned, and then the child who wasn’t looking would have to figure out which words were moved and explain verbally where they belonged. 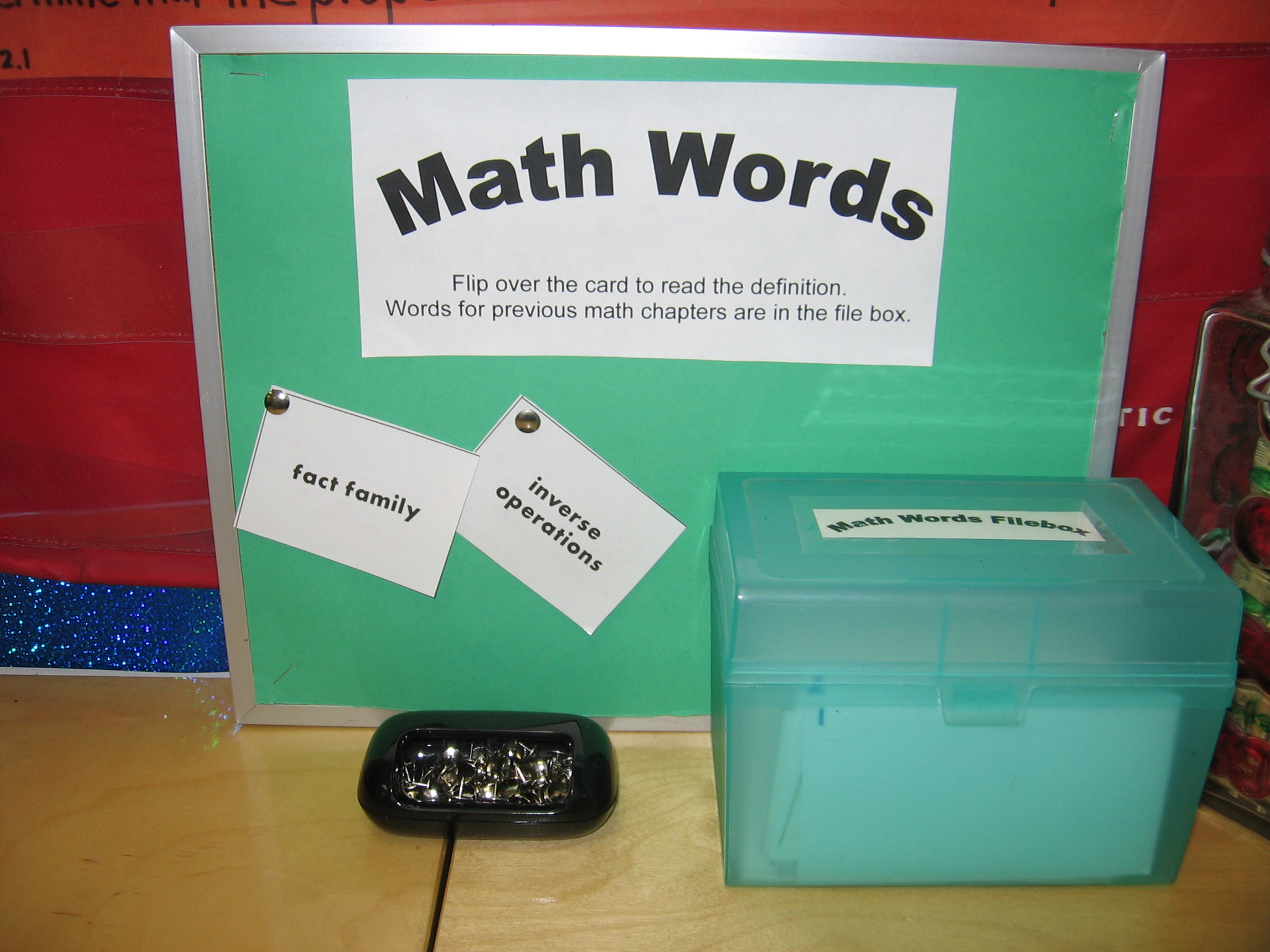 If you’re short on board space, you can use a mini bulletin board like this one (it’s about 12″ x 8″ and sits on top of a shelf).  Current words are displayed on the board, and older (and not yet taught) words are inside the index card file box, divided by chapter.  Anytime students say, “What’s a factor again?”, I direct them to the Math Words box to find out.

The cards themselves are from the teacher resource book that came with our math series- check your teacher’s editions to see if your math series provides something similar.  I laminated them and had 5th graders cut them out and organize them for me after school.

Sometimes in the math center, students would use the cards to quiz one another, challenging a partner to define each term in their own words. The ensuing debate over whether a child’s definition matched the textbook’s definition on the back of the card was often the most valuable part of the activity!

Students also created their own mini math word walls, making their own cards and keeping them in a baggie for reference.