Rewarding kids in the 21st century

Rewarding kids in the 21st century

Read Part 1 of this post series: The day “reward” became a bad word

The whole-class behavior management system I used for the last few years I was teaching was something I created called the bead system. It’s a simple premise: kids earn beads which are traded in at the end of the week for additional center time. Bead distribution was fairly random and unexpected: the kids never knew when they’d get one because I didn’t dangle the promise of reward ahead of time with bribes like “If you’re quiet, you’ll get a bead”.  Instead, I’d give a task and watch for positive actions to reinforce with specific praise and a symbol of appreciation (the bead): “I love how you kept trying even when the work was hard” or “You were so patient and supportive when you explained that answer to him.”  I’d quietly slip the child a bead and watch her face glow with satisfaction, knowing that she’d made a good choice and it was noticed by someone who cared about her. I loved this system because it kept my focus on the positive things kids were doing, and I felt like most of them responded by doing the right thing because it was the right thing to do, and not in anticipation of earning a bead. 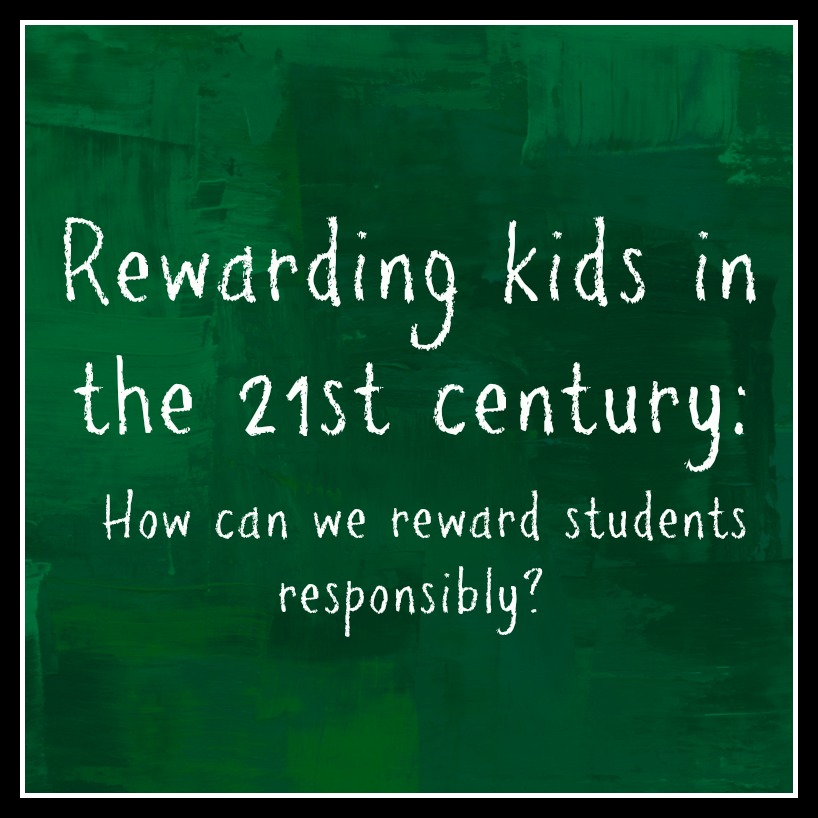 To be honest, I wasn’t sure exactly why the system worked so well until this week when I read Daniel Pink’s book Drive: The Surprising Truth About What Motivates Us. Drive isn’t a book about education, per se (it’s a Malcolm Gladwell–type read that compiles research studies into really compelling stories), but most of what the author talks about is relevant to teachers since one of our biggest and most challenging tasks is getting kids motivated to learn.

Pink conducted a number of fascinating behavioral studies, including a bunch with children, to see what factors made them want to work hard and try their best. He writes,

When children didn’t expect a reward, receiving one had little impact on [did not detract from] their intrinsic motivation. Only contingent rewards–if you do this, then you’ll get that–had the negative effect. Why? “If-then” rewards require people to forfeit some of their autonomy…and that can spring a hole in the bottom of their motivational bucket, draining an activity of its enjoyment.

Instead of “if-then” rewards, Pink recommends “now that” rewards. The practical application? Think about recess, the classic student motivator. If you tell kids that if they get their work done, then they’ll get to go to recess early or have free time, you’ll take their focus off the work itself. Throughout the assignment (and every time you give one afterward), the class will be waiting for you to offer their motivation, and rushing through the task to get to it. On days when they won’t be able to have extra free time, there will be little incentive to complete the task. Kids not only expect the reward, but often start criticizing or questioning the teacher when they don’t get one.

But the outcome is totally different if you have students complete the assignment and afterward say now that they’re done, you’ll allow some extra recess time.  When you expect kids to do their work everyday with no mention of reward and then surprise them occasionally with a gesture that shows appreciation for their ongoing and continual hard work, they’ll learn to focus their attention on the task and not the reward. When you do provide one after a job well done, kids show gratitude and there’s a moment of shared pleasure as the teacher gets to do something nice for the children she cares about and they actually appreciate it.  It’s a totally different classroom climate (and one that’s completely attainable).

So is there a place for “if-then” rewards? Pink’s research tells us yes.

Carrots and sticks aren’t all bad. They can be effective for rule-based routine tasks–because there’s little intrinsic motivation to undermine and not much creativity to crush. And they can be more effective still if those giving the rewards offer a rationale for why the task is necessary, acknowledge that it’s boring, and allow people autonomy over how they complete it. For non-routine conceptual tasks, rewards are more perilous–particularly those of the “if-then” variety. But “now that” rewards–non-contingent rewards given after a task is complete–can sometimes be okay for more creative, right-brain work, especially if they provide useful information about performance.

“If-then” rewards were the basis of most class behavior management systems in America for many years, and for good reason: they’re pretty effective motivators for rote tasks, drills, and non-creative tasks.  But now in the 21st century, we want our kids to be problem-solvers and critical thinkers. The research of people like Daniel Pink shows us that when kids are involved in higher-level thinking tasks, we have to inspire them, not bribe them, to learn. If you’re using a traditional if-then reward system in your classroom and it’s working, that might be a sign that most of the assignments you’re giving are rule-based, routine tasks.

Ultimately, it might be more effective to focus on the type of tasks we’re giving kids than on how to reward children for completing them.  I’ve noticed that when I give an assignment that provides kids with a lot of choice and control over what they’re doing, they’re much more actively involved and don’t need “if-then” rewards. Instead, most children will work diligently and with a great deal of focus. If you’ve experienced this in your classroom, then you know one of the most beautiful and rewarding moments of teaching is to look around the room and see every child eagerly reading, writing, and discussing concepts they’re excited to be learning about. When creating more of those moments is our primary goal, we don’t have to worry so much about a creating a reward system.

What are your thoughts on motivation and rewards? What works in your classroom? What doesn’t?