Four years ago, I had an experience where I believed that there were advertisements on my students’ standardized tests. (Please, read that story. It’s one of my favorites.)

That nightmare actually came true this week. Yes, my friends. The new standardized tests in New York feature plugs for commercial products. Supposedly, none of the companies paid to have their names included in the assessments. But at least six products (including Mug Root Beer and LEGO) were mentioned by name as part of the test questions. We don’t have a lot of details at this point, as teachers were asked not to talk about the content of the tests, but a few specific example can be found in this article, including the following:

Students at JHS 190 in Queens said the inclusion of some of the brands both within and after the reading passages left them scratching their heads — particularly when the questions had nothing to do with them.

“For the root beer, they show you a waitress cleaning a table and the root beer fell on the floor and she forgets to clean it up. Underneath, they gave you the definition that it is a soda and then the trademark,” said Marco Salas, an eighth-grader at the Forest Hills middle school.

I’ve got so much to say about the difficulty level of these new assessments which are supposed aligned with the Common Core. I also have a post in progress about the latest pushback against the CCSS (several states have pending legislation to drop the standards altogether, after millions of taxpayer dollars have been spent but before the standards have even been fully implemented.) So many standards and assessment rants, so little time.

But I think the commercialization of standardized tests in the name of “authenticity” is heinous enough to deserve it’s very own blog post. Let’s just start with that. 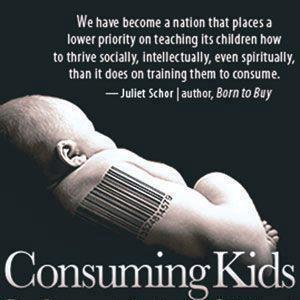 Am I being irrational here? Don’t for-profit companies already have enough influence on education? Shouldn’t schools be a place where children are free from the distraction of commercial pitches and the pressures of consumerism?  I’d love to hear your thoughts–what’s happening with product placement and ads in your school district?

UPDATE: This anecdote was just shared on my Facebook page (and an updated version of the NY Post article linked to above confirms): “After hearing from another parent how her daughter mentioned that on the 8th grade NYS test there was a passage about the Teen Titans, I asked my son if he had it on his exam too, and he said yes. They actually referred to the Green Teen Titan (which is part of a series that was just reintroduced to the Cartoon Network about 2 weeks ago), not having seen the prior series I don’t know if they normally associate them by color, but my son said it was very blatant on how they were making the connection to this new cartoon. This leads me to believe that they are placing products into the exams. Our children are just a demographic for them to market to, and corporate America is hoping to continue to dumb us down. Worse yet, here in NYC (and I believe in the rest of NYS), teachers and administrators have been told that if they discuss the exams in any way, they can be written up or fired, and parents are not allowed to know what is on the exams!!! One of the reasons why I have opted my kids out from taking these exams!”