8 things we LOVE as teachers about the Abbott Elementary series 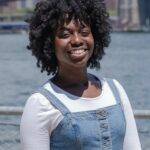 8 things we LOVE as teachers about the Abbott Elementary series

Abbott Elementary is a television series about a fictional elementary school in Philadelphia.

It debuted on December 7, 2021 and took the world by storm! It stars an amazing cast that includes Sheryl Lee Ralph and Tyler James Williams; it’s highly rated on Rotten Tomatoes; and according to ABC, it has the “largest percentage growth for any new comedy premiere.”

Warning: There are spoilers in this review! If you’ve already watched the show or if you’re okay with some spoilers, let’s dig in! 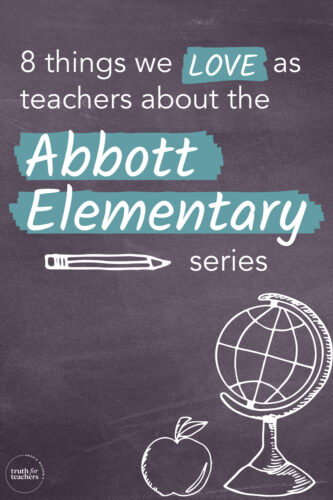 Abbott Elementary was created by and stars Philly-native Quinta Brunson. Brunson is an actress, comedian, writer, and producer. You may have seen her on BuzzFeed Video or HBO’s A Black Lady Sketch Show. She even made the 2022 Time 100 list!

Inspired by her mother Norma Jean Brunson, Brunson created an awesome show about the trials, tribulations, and triumphs of teaching. In an interview with Vogue magazine, Brunson shares, “It was just a world that I knew so well, like the back of my hand…[H]aving this real in-depth experience with my mom being a teacher for most of my life really helped me see the world.” The show is named after her middle school teacher Ms. Abbott, who also deeply impacted Brunson’s life.

“We are administrators, we are social workers, we are therapists, we are second parents.”

Abbot Elementary follows the experiences of teachers and school staff. As an educator, I was able to see myself and my colleagues in the diverse set of characters!

Janine Teagues is a second-year second-grade teacher in the community in which she was raised. She is passionate and idealistic — sometimes to a fault! On the other hand, the very composed Barbara Howard has been teaching for two decades. Classroom management is one of her strong suits — her voice and presence command the space! In introducing herself, she shares, “I do my work, I go home. I get my nails done every week and I love teaching.” That said, Barbara is not without her faults! She admits her insecurities with feeling old amongst young teachers and new pedagogical methods.

Melissa Schemmenti, another veteran teacher, is a “South Philly type” who has a tough exterior but is honest, resourceful, perceptive, and supportive. Jacob Hill is a white queer man and a second-year teacher like Janine. He’s corny and sometimes problematic but he’s also well-meaning and lovable. Long-term substitute teacher Greg Eddie has a dry demeanor yet is thoughtful, qualified, and open to learning.

On the other end of the competence spectrum, Principal Ava Coleman is self-involved, delusional, and erratic. There are a few moments when she supports her staff, the students, and even her own family members. However, she is largely a comedic relief!

Each character may be a little stereotypical but not to a point of unrelatability. We can even see ourselves in wise yet hilarious custodian Mr. Johnson and Janine’s slacker/rapper boyfriend Tariq! This was Brunson’s intention. In an IndieWire interview, she shares, “We get silly, but the humor really grows from these grounded situations and the minutiae of everyday life for these teachers. We wanted to make it feel like people who have everyday jobs can relate to these characters.”

“But money would still be nice though…”

Abbott Elementary’s student body accurately depicts Philadelphia’s student body. Over ¾ of students identify as Black and/or Latinx.100% of the public school population (excluding charter school students) are identified as economically disadvantaged. Abbott Elementary also does a good job depicting staff demographics in Philadelphia schools. As of October 2021, 65% of teachers in the School District of Philadelphia (SDP) identify as White while about 35% identified as Black, Indigenous, and People of Color (BIPOC).

In real life, the SDP reported billions of dollars in funding. However, Abbott Elementary spotlights the contrast between raggedy, outdated textbooks in the classrooms and the multimillion-dollar stadium renovation!

The show also highlights issues with teacher retention in underfunded, majority-minority public schools. Jacob and Janine are the 2 of 3 teachers left in a cohort of 20 new teachers. Barbara critically points out there’s “more turnover than a bakery!” That said, the teachers and staff support one another and their students in the best ways that they can. As Ava passionately stated at a school board meeting, “The teachers that work here are some of the most dedicated, hardworking, and creative in this entire city. We’ve been taking appetizer money and giving these kids a charcuterie experience!”

Most shows about teachers are caricatures and/or have white leads, such as AP Bio, Mr. Corman, or Bad Teacher.

The show’s protagonist Janine is not perfect and is still working on herself. Yet her passion and dedication to her students are obvious and unmatched. She was raised in Philly, attended public schools, and graduated from the University of Pennsylvania. Janine — as well as Barabra and Greg — demonstrate why it’s important to hire teachers of color, especially from the communities of which the students are apart.

#5: Demonstrates the power of mentorship

Mentorship is the backbone of an educator’s development. The entire season is filled with memorable and impact moments of mentorship. For example, Jacob teaches his students about unions in South Philly with help of Melissa and Greg seeks out Mr. Johnson’s company and wisdom.

One poignant moment of mentorship occurs between Barbara and Greg. When Greg is tasked to have a challenging conversation with a parent, Barbara successfully coaches him through the process! Janine says she’s open to mentorship but is a bit more reluctant to take advice that challenges her belief system.

For instance, Barbara, Mr. Johnson, Melissa, and Greg all advise Janine to leave the school’s electrical issues alone. It’s not within her locus of control and it’s beyond her current skill set to fix it! However, Janine continues to meddle with the infrastructure. Meanwhile, she neglects caring for herself, which is something she can control. She’s not eating breakfast or lunch and she is choosing to date a man who isn’t contributing to their relationship.

How many of us have been there–or may be there right now? I know I have! Luckily, she realizes she hasn’t been taking ownership of these things and starts to make changes.

#6: Storylines that center the kids

“If we burn out, who’s here for these kids?”

The episode about gifted and talented programs was a pleasant surprise. It was filled with instances of culturally responsive teaching, project-based learning, and experiential learning.

As teachers, we understand that all kids are intelligent in their own ways. So how can we move away from traditional ways of assigning “giftedness”? That’s a problem explored in Abbott Elementary. As Greg eloquently states, “There’s more than one way to be gifted.” In this episode, we see Greg open up about his childhood and teach Janine about multiple intelligences. Ultimately, the new teachers — Jacob, Janine, and Greg — all work together to create differentiated learning experiences to engage all students of varying intelligences. I love how the episode started with a girl who struggled to solve math problems and ended with a discovery of her love of animals!

The Problem with Teaching to a Test

Another moment in which students are centered is when Greg learns from Barbara and Melissa how to make teaching fun and engaging instead of “teaching to a test.” Barbara powerfully states, “If one child fails, it’s on the child. But if all the children fail, it’s on their teacher.” Greg’s immediate response is “If there’s something I’m doing wrong or if it can be improved upon, I’m more than happy to take some pointers.” He is so receptive to feedback; it’s admirable and brave–especially for a young teacher. If more teachers created strong rapports and were then open to giving and receiving feedback like Barbara and Greg, how might that transform the schoolhouse?

This is a mockumentary like The Office and Modern Family. Brunson knew that she wanted Abbott Elementary to take this form from the moment she conceived the idea. I’m thankful for this decision because the close-ups of horrified faces and bewildered faces are golden!

This style also highlights the many moments of absurdity throughout the show, such as teachers leaving their classrooms unsupervised; Ava’s highly inappropriate comments towards Greg; Ava blackmailing a superintendent for a principalship; and my all-time favorite: Tariq’s F.A.D.E performance (shoutout to Mr. Johnson breaking it down in the back!) I love that the absurdity is just the right amount–not too much to make it unrelatable but just enough to make it hilarious.

On a more serious note, this style of filming makes the audience feel closer to the teachers and students; we need more of that empathy — especially in today’s polarized and painful environments.

“…Tried and true methods over whatever the latest doohickey is!”

One lesson that resonated with me because it’s one I wish I learned sooner is the importance of healing and mental health. It’s nearly impossible to show up as your best self for students if you are not in a good place yourself. In the show, Janine’s childhood traumas showed up in the schoolhouse when she made assumptions about a parent instead of thoughtfully engaging with the parent.

Another powerful lesson comes from Barbara’s experiences. Her storyline shows that It doesn’t matter how long you’ve been teaching — you always have room to grow and learn. Barbara learned that it’s important to come out of your comfort zone and try something new for the good of your students. It turned out that coming out of her comfort zone was good not only for the kids but also for herself and for her relationships with her colleagues! One example is when Jacob invites her to plant a school vegetable garden with him. Her initial response was, “Stuff like that won’t work here!” but she ends up bonding with Jacob while doing something beneficial for their students.

Throughout this article, I’ve included some of the best quotes from this season of Abbott Elementary. Here are 5 more:

Season 2 of Abbott Elementary will air beginning September 21, 2022! Here are some of my hopes for the next academic year at our favorite Philly school!

Have you watched Abbott Elementary yet? What are your thoughts? 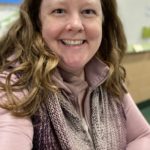 The Team Check Up: 10 principles for building a more efficient, effective teaching team 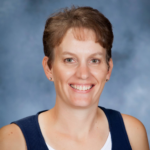 How I *finally* stopped taking work home as a teacher 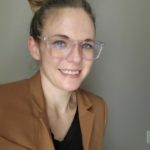 When you can’t get through to “that kid,” try these 3 coaching models to guide difficult conversations