I’m always amazed at all the different systems teachers create to help their students organize materials. I see so many great ideas passed around in the Encouraging Teachers Facebook group that I asked to share a few of them here. 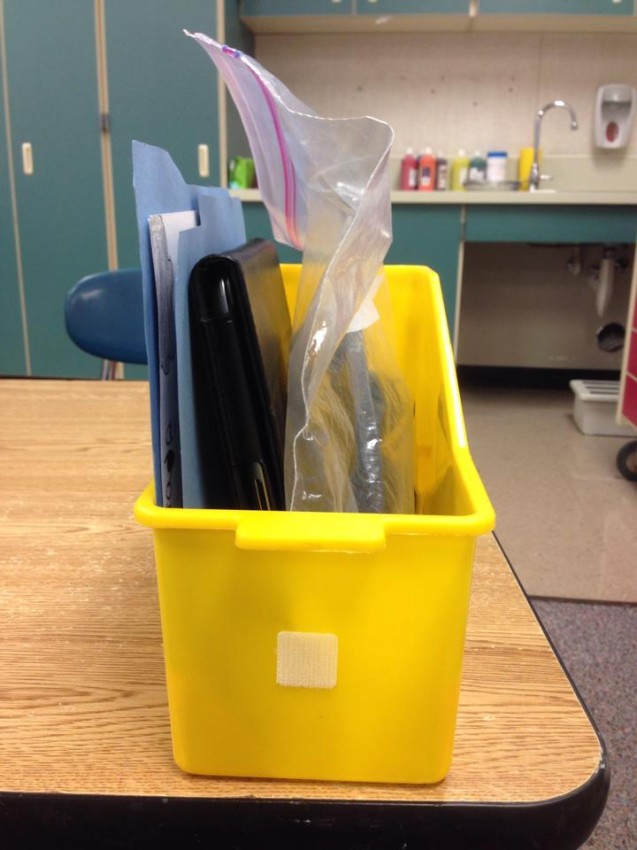 Katie T uses magazine storage containers as kids’ work buckets. Students store iPads, head phones, and work folders inside and keep the containers on their tables during work time. A photo of the student is attached to the front with Velcro to show who it belongs to. 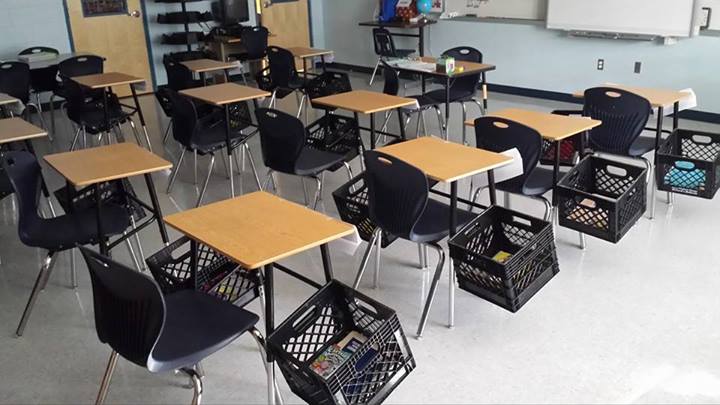 Mrs. Nelson uses crates as student self-storage for her middle and high school students. Bonus: she reports that students have stopped picking up and tilting their desks, and she’s only had to reset desks once since she put the crates on. Mrs. Nelson found the milk crates for free and spent $2 on the zip ties. There is one crate for each student. Desks used multiple times a day are shared between a middle schooler and a high schooler: that way they don’t have any incentive to go through one another’s things in the crate because their materials are different. 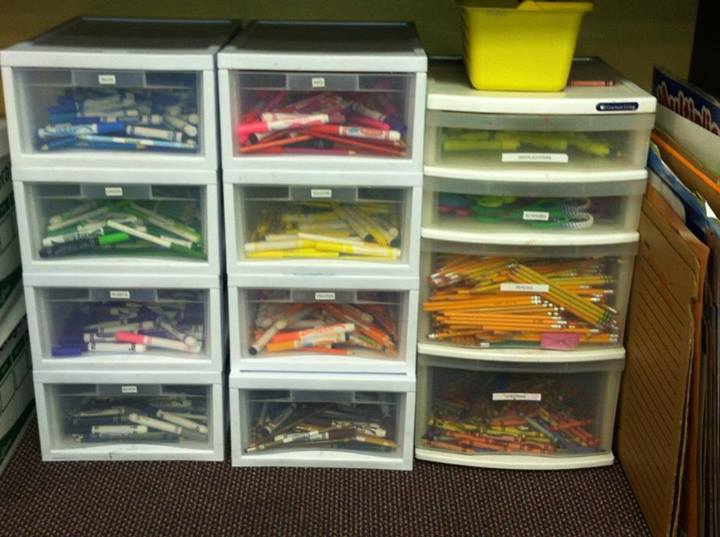 Tiffany S. uses plastic drawers to store and organize markers, crayons, pencils, highlighters, and scissors. I could envision using this system in many different ways.  It could be great for distributing materials: a classroom helper could grab the bin of scissors and pass one pair out to each student, then walk around and use the same bin to collect the materials again. Separating the markers by color can be useful, too. If a student’s marker runs out of ink, you can quickly replace just the one marker instead of waiting and replacing the entire pack. Whenever loose supplies are found on the floor, it’s easy to see where they should be returned to. 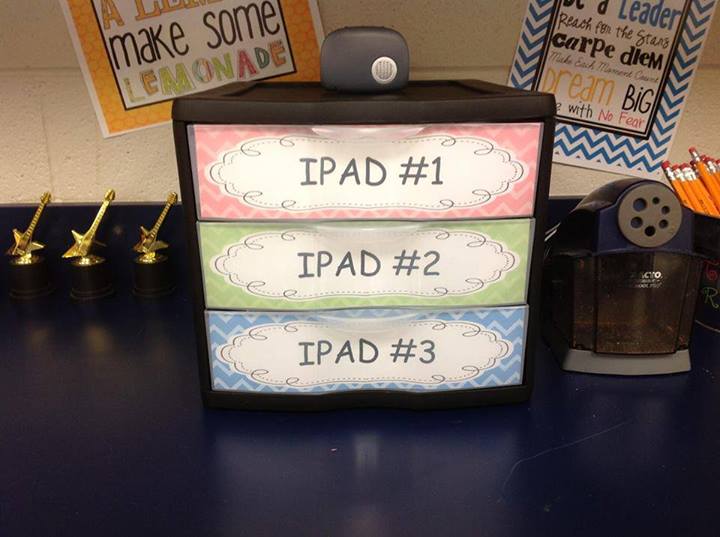 Tonya L. has a great idea for teachers who don’t have a full class set of iPads and therefore won’t be provided with a storage/charging station. She uses an inexpensive Sterilite desk caddy to store the 3 iPads she has for her class. She runs the power cords out the back and they plug into a power strip behind the caddy. When kids put the iPads back, they plug them in, which means they are always charged! 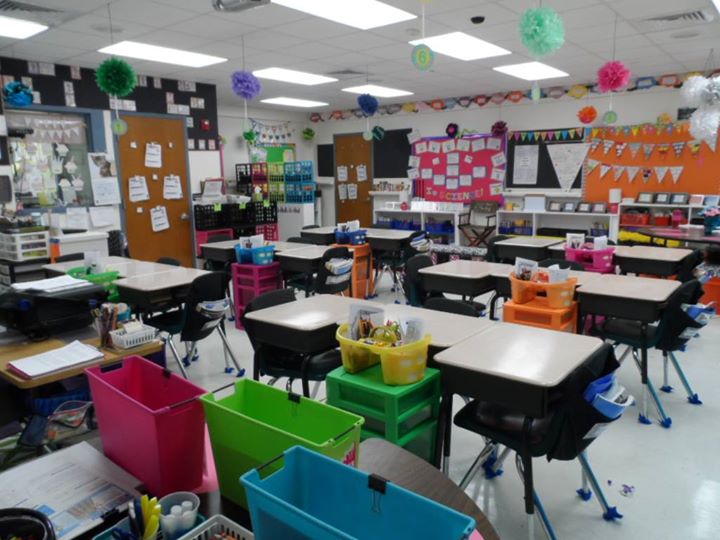 Michelle S. bought rolling caddies from Walmart to organize the materials for each group of students. The top drawer of the rolling caddies is for lined notebook paper; the second is for individual whiteboards, markers, and erasers; the third holds reference books and math manipulatives; and the bottom drawer is the garbage drawer that is dumped at the end of each day. No more up-and-down to the waste basket a million times a day!

How do you store and organize student’s papers and supplies?

Classroom clutter–what to keep and what to toss