Is rigor a four-letter word?

Is rigor a four-letter word? 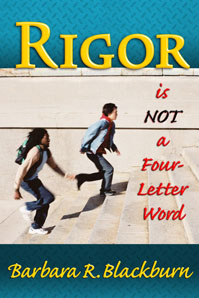 I never thought that rigor might be a bad thing until this past weekend.

In fact, I didn’t consider the controversy around the term at all. Most of my understanding about rigor was based on the book Rigor is NOT a Four-Letter Word by Barbara R. Blackburn. As the title suggests, the author presents rigor as a good thing in education.  She shows teachers how to ask quality questions that engage kids in higher-level thinking, and increase the complexity of content through projects and other meaningful assignments. Her approach to rigor is based on believing in students, encouraging them, and supporting them through scaffolding their learning.

I found Blackburn’s understanding of rigor to be very helpful and relevant. Her book is really empowering and clearly values the opinions of both teachers and students. How could there be a controversy over something so obviously beneficial for schools?

Then I went to EdCamp.

I attended an excellent session called Tools or Toys: What does Rigor Mean in a Tech Context? We did a Chalk Talk, in which the facilitator writes a statement on the board (in this case, “Rigor is…”) and participants brainstorm their thoughts, coming over to write whenever they have something to add. When a natural break in the brainstorming occurs–usually after about five to eight minutes–a verbal discussion and debate follows. It’s a great technique to use in the classroom because students who are too shy to share their ideas verbally may feel less inhibited about writing their ideas down, and the slower pace of a written discussion allows for more think time and reflection. 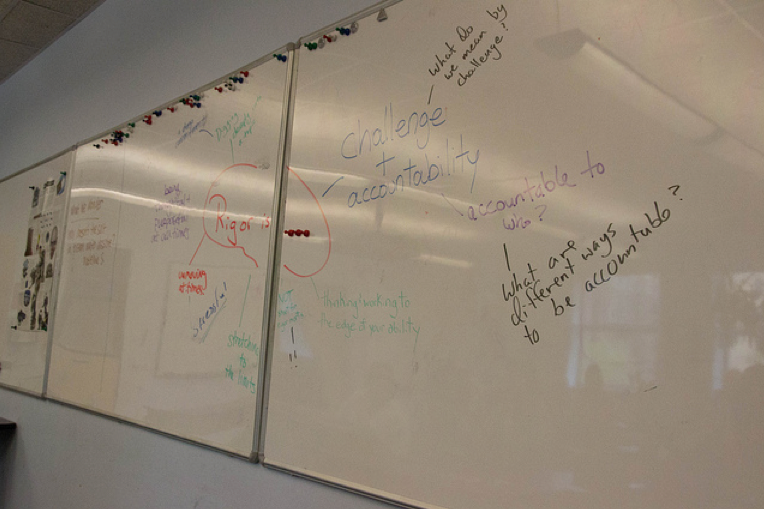 You can see from the chalk talk photo that there were very divergent opinions: stressful, digging in deeply to a topic, thinking/working to the edge of your ability, NOT short for rigormortis. Many people were quite apprehensive about using the word and it’s possible implications: the first comment in the discussion was from a participant who was shocked that anyone had anything positive to say about the word at all!  It became quite apparent that rigor is a word with a bad reputation, associated with drill-and-kill exercises and testing kids to death.

After some discussion, it became apparent that rigor as defined by the department of education is very different from rigor as defined by teachers. There was a general consensus that rigorous curriculum SHOULD be engaging, collaborative, creative, and challenging. However, it’s often twisted to mean testing and accountability, because rigor is used as an excuse for demanding too much of both teachers and students.

There was a sense that rigor is a term that needs to be re-claimed by educators who care about what’s best for kids. Some great resources from the session that help with that are posted on Krzysztof Grabarek’s blog. You can also read sample chapters from “Rigor is NOT a Four-Letter Word” at the Eye on Education website.

The nebulousness of the term”rigor” has led some people to ditch that word altogether. What are your thoughts on this? Is there another word that better describes the type of learning environment and curriculum we want to provide our students? What’s your perception of rigor?