It’s the conversation we all dread.

Telling a parent their child a) is failing a subject, b) needs to be tested for a disability, c) doesn’t have any friends, or d) all of the above. Your stomach is twisting and turning just thinking about having to confront the parent.

So, what do you do? Here are 10 tips to help you share bad, difficult, or sensitive news with a student’s parent and get the best possible outcome. 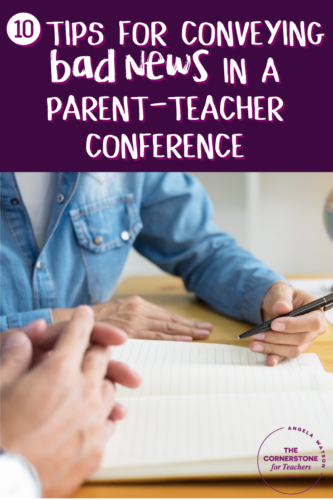 1. Choose the time and place carefully so you’re both in the right mindset.

If you think a parent might be confrontational or argumentative, arrange to have the conference in the school office or some other location where you have witnesses or at least other school personnel nearby. (In fact, I held most of my parent conferences in the school office for safety reasons, especially after contracted hours.)

If you think the conference might be overly lengthy, plan it for before school instead of after so there’s a set ending time. In general, though, it’s better to schedule the conference for a place where you both are comfortable and a time when neither of you will feel rushed. Don’t compound your nerves by scheduling the meeting right before your principal observes you or when you’re about to head to the doctor’s to discuss test results. Be sensitive to these issues with parents, too, and offer several choices of times to meet.

Most importantly, leave some margin time before and after the conference so that you’re not forced to jump straight to the bad news right away, or wrap up hastily while the parent is still sitting there in tears.

2. Don’t get down to business right away: Get comfortable with one another first.

Give the parents a warm smile when you first make eye contact, and make small talk while they’re getting settled at the table. Share a funny story about something that happened in class and break the ice a bit. Remind yourself that this is just a conversation between two adults who are equals. Try to be relaxed and help the parent relax so she or he is not defensive.

I like to start off every conference — but difficult conferences in particular — with an anecdote about something charming, funny, or cute the child has said recently. The more the anecdote shows that you understand the child’s personality and appreciate him or her as an individual, the more receptive the parent will feel toward what you say next. Prepare what you’re going to say ahead of time, if needed, and make sure it helps you convey a genuine interest in and caring toward the student.

4. Give the parent a chance to raise his or her concerns first.

Many times parents have a pretty good idea about why you requested the conference, and letting them bring up the elephant in the room allows you to hear the family’s take before sharing your side. Simply say, “I’m so glad you came into today. I wanted to start by asking if you have any concerns you want to bring up about ___’s progress.” This leaves the door wide open for the parent to share anything that’s on his or her mind.

Try to listen without responding or interrupting until the parent is completely finished. You can then use what the parent said as a springboard for what you need to discuss, or (if the parent’s concerns are somewhat different than yours) say, “No problem, we can definitely talk about that today. I’d like to start by addressing ___.”

So, you’re not necessarily letting the parent guide the direction of the conversation or the order in which topics are discussed, you’re just getting an overview of where the parent’s head is at, and avoiding a scenario where you’re blindsided with a major problem when there are only two minutes left in the conference.

5. Focus on only the most important issues (rather than a list of everything that’s wrong).

I started my teaching career at the Pre-K level, so I was often the first person to ever tell a parent that their child needed to be tested for developmental delays and other issues. The first time I had a conference for that purpose, I rattled off a list of all the benchmarks the child wasn’t meeting, from cognitive to social to physical … and the mom promptly burst into tears.

Immediately I realized that I should have focused on just the biggest red flags and gently introduced the idea of the child needing to be tested, then give the parent some time to process the possibility of her child having delays. A full report on what he could and couldn’t do really wasn’t necessary at that point, and it would have been much kinder if I had given the parent a chance to process what I was saying and waited until we had more information and testing done before mentioning the huge range of issues her son was having.

6. Be gentle and factual when sharing problems.

It’s important not to delve too much into your personal opinion and try to share just the objective facts about what you’ve observed. “He’s disruptive in class” is an opinion which can set a parent on edge. “He calls out frequently in class” is an observation that can be documented and verified and doesn’t cast judgment or place a label on the child.

Remember that this is someone’s baby you’re talking about. Parents send us the best they have; they’re not keeping the good kids at home. Put aside your own frustrations and try to speak the way you’d like your child’s teacher to speak to you. The parent-teacher relationship is a crucial one, so the conference can’t be used as a chance to vent your frustrations with the child. 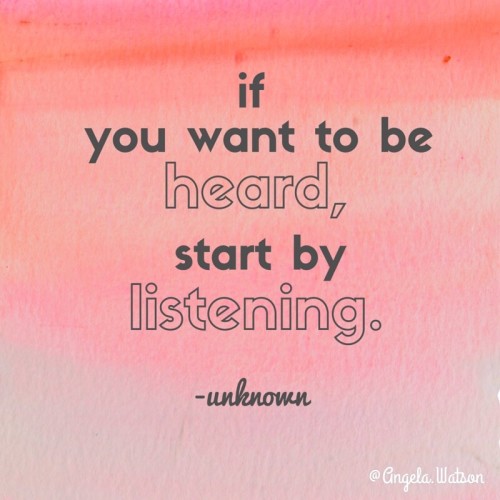 7. Don’t try to convince parents to see problems your way.

If the parent is apprehensive about the information you’ve shared, it’s not your job to change his or her mind. You are responsible for how you deliver the information, not how it’s received. Don’t expect the parent to enter the conference with one perspective and leave 15 minutes later with a completely different outlook on his or her child.

Instead, give the parent time to think, talk to other family members and friends, and get back with you later on. Very few people can hear upsetting news about their child and then immediately move into a productive problem-solving mode. Often parents’ first reaction is denial or anger, and they need time for bad news to sink in. Allow them that and be gracious about it.

Close the conference with a recap of the child’s recent successes and key areas of progress, no matter how minor they might be. Make it clear with your words, tone, and attitude that you believe the child can improve and that the school year is going to get better for him or her.

Be explicit about how much you appreciate the parent’s time in meeting with you, and how grateful you are for the ways the parent supports his or her child’s education at home (even if you feel like the parents aren’t doing everything they should).

Most importantly, state outright that you are on the same team with the family and working toward the same goal, which is to do what’s best for the child. Reiterate that you are going to keep working until you can agree on what that “best” looks like and have a solid plan in place for making it happen. 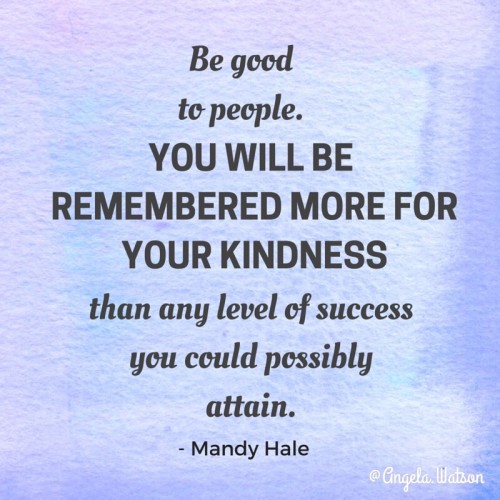 If you are worried that you won’t be able to get the parent back in for another conference, try to set the next meeting date before the current conference is over. Say, “I’m going to start implementing the changes we talked about today. Can we pick a time about a month from now to go over the results?”

Even if you need to change the day or time later, this plants the seed in the parent’s mind that this wasn’t a one-time meeting and s/he should plan to set aside additional time to talk with you in the future. This is a great strategy for hyper-involved parents, as well, because it reassures them that they will have a chance to talk about the issues and the interventions again soon.

10. Be generous with your kind words in the weeks that follow.

The parent is likely to be hyper-sensitive to everything you say and do after a tough parent-teacher conference, so watch the comments you make on the child’s graded work that’s sent home. Pass along as much positive feedback as possible and double up on the encouragement and praise.

BONUS TIP: Consider whether the student should be the bearer of bad news.

I remember being incredibly anxious about one particular conference because my co-teacher and I were going to have to tell a parent that her child was in danger of being retained. I had no idea how we were going to diplomatically convey that the child was failing because he was essentially being lazy and wasn’t putting forth any effort in his work.

My co-teacher said to me, “What are you nervous about? We’re not telling the parent that, her kid is!” And she sat the student right down at the conference table with us and proceeded to ask him questions like these:

Those are pretty deep questions for an eight-year-old, but he did a remarkable job responding. I remember sitting at that table feeling absolutely astounded that no teacher had to say anything negative about the child to his mother. We did not criticize, shame, tell on, or nag him.

The whole conversation revolved around the child reflecting on his choices (and admitting the poor ones to his mom), and then determining what he would do to improve with three witnesses who were going to hold him to it! We made no accusations and said nothing that the parent could come back and throw in our faces later or complain to the principal about. Instead, we’d learned a lot about how the student viewed his school performance and the things that were distracting him and holding him back. We were able to end the conference with a firm plan for improvement that everyone present was fully invested in.

Remember that relationships are at the heart of everything you do in the classroom. Keep that in the front of your mind during conferences and when conveying bad news. Be empathetic and objective, and treat others as the kind of people you’d like them to be.