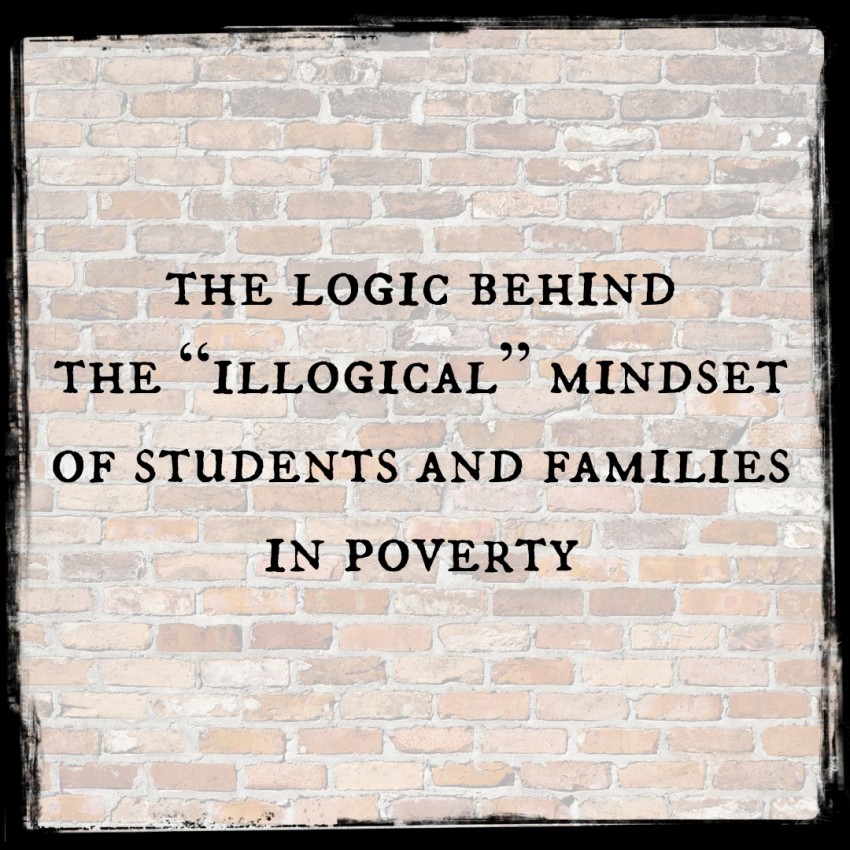 One of my first teaching experiences, over a decade ago, was in a HeadStart program located in a dense urban area. I loved working with my students’  families and became pretty friendly with a parent who would often confide in me about personal and financial issues.

She told me how she had trouble paying her rent each month. Her daughter wore clothes that were two sizes too small. She was late to school on many mornings because the car wouldn’t start and they’d wind up taking the public bus. She depended on HeadStart to provide breakfast, lunch, and an afternoon snack for her child because dinner was all she could afford.

One morning in late January, the mother showed up in my classroom proudly wearing a beautiful bright red leather jacket. I was slightly stunned. “Wow! That is gorgeous! Where’s it from?”

I tried to suppress my shock and pretended to be happy for her. But inside, I was totally judging her decision. You can barely house, clothe, and feed your family, but you spend your tax refund on a leather jacket for yourself? Shouldn’t you be using that money to pay down your credit card debt or take care of bills or buy things for your children?

It was a moment that really stuck with me because I realized how much I still had to learn about the community in which I’d chosen to teach. I’d had many meaningful connections with this student’s mother, but the day I saw that leather coat, I felt like we were living on separate planets. I simply couldn’t understand how that purchasing decision made sense in her world.

I was reminded of this incident recently when I came upon an article in The Atlantic called Your Brain on Poverty: Why Poor People Seem to Make Bad Decisions. It included this thought-provoking quote from a person who has known only a life of financial hardships:

“I make a lot of poor financial decisions. None of them matter, in the long term. I will never not be poor, so what does it matter if I don’t pay a thing and a half this week instead of just one thing? It’s not like the sacrifice will result in improved circumstances; the thing holding me back isn’t that I blow five bucks at Wendy’s. It’s that now that I have proven that I am a Poor Person that is all that I am or ever will be.

It is not worth it to me to live a bleak life devoid of small pleasures so that one day I can make a single large purchase. I will never have large pleasures to hold on to. There’s a certain pull to live what bits of life you can while there’s money in your pocket, because no matter how responsible you are you will be broke in three days anyway. When you never have enough money it ceases to have meaning. I imagine having a lot of it is the same thing.

Poverty is bleak and cuts off your long-term brain…It does not matter what will happen in a month. Whatever happens in a month is probably going to be just about as indifferent as whatever happened today or last week. None of it matters. We don’t plan long-term because if we do we’ll just get our hearts broken. It’s best not to hope. You just take what you can get as you spot it.”

According to the latest research, the woman who wrote that was completely correct about poverty “cutting off your long-term brain.” A groundbreaking new study claims living in poverty is equivalent to losing 13 IQ points. Because the brain is always preoccupied with trying to meet basic needs, there is less mental energy available for processing other decisions.

…poverty imposes a kind of tax on the brain. It sucks up so much mental bandwidth – capacity spent wrestling with financial trade-offs, scarce resources, the gap between bills and income – that the poor have fewer cognitive resources left over to succeed at parenting, education, or work. Experiencing poverty is like knocking 13 points off your IQ as you try to navigate everything else. That’s like living, perpetually, on a missed night of sleep.

This research (originally released in the journal Science) shows that poverty actually changes the brain—the impact can be literally seen in the amydyala, which regulates emotions.

Over the course of the longitudinal study – which included 49 rural, white children of varying incomes – these same poor children were also exposed to chronic sources of stress like violence and family turmoil, or crowded and low-quality housing. Those kinds of stressors, the researchers theorize, may help explain the link between income status in childhood and how well the brain functions later on. That theory, they write, is consistent with the idea that “early experiences of poverty become embedded within the organism, setting individuals on lifelong trajectories.”

To add some of these findings together: Poverty taxes the ability of parents to do all kinds of things, including care for their children. And the developmental challenges that children face in a home full of stressed adults may well influence the adults that they, themselves, become.

Because teachers are expected to single-handedly undo and compensate for the effects of poverty in the classroom, it can be tempting to view students’ parents as the enemy. If only mom and dad were making better decisions, my job wouldn’t be so hard, we think.

But I can say with certainty that the times I stood in judgment of families’ decisions did absolutely nothing to foster my relationships with them or make me a better teacher. Trying to frame their decision-making within the context of my middle class worldview only frustrated me and drained me of the energy I needed to help my students.

To paraphrase blogger Derek Thompson, the psychology of poverty may appear irrational to those not in poverty, but is actually a highly rational response to a world of chaos and unpredictable outcomes.  The best thing we can do for our students is to try to empathize with their families’ struggles, recognize that their decisions make sense within the context of their environment, and choose to work with them to fight against the effects of poverty, rather than fight against the people living in poverty themselves.

Secrets of a teacher who loves her job: make a difference for kids in poverty